This week has become another one of those, “I was going to write something else.” weeks. The rapidly changing global situation has compelled me to write these thoughts instead of what I had planned…

On July 4, 2007, I silently slipped away and played golf at around 7:00 AM. I wanted to hit something. At the time, I thought it was best to hit a ball… not anything or anyone else. That day, I was staying at my parents house in California while Suzanne and our girls were back home in England (and no, they weren’t celebrating Independence Day, my wife and children were all born in the UK).

At the time, we lived in a converted barn in England’s Lake District. All the girls stayed home while I was doing some work with an SF based consulting company. My folks lived in the East Bay Area, so I had a free place to live while back over in the US for a few months. 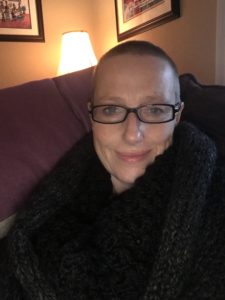 Thus began our journey. A journey that would span the entire rest of her life and what I had hoped would be mine. Unfortunately, we don’t get to choose the cards we are dealt. We simply have to play the hell out of the ones we have been given.

That’s what Suzanne and I did. From July 2007 through August 2018, we fought like hell to play those cards as best we could. So many days, we could have just folded and quit. But we never did.

Suzanne was a fighter. She was “little but fierce” (see my post about Hummingbirds). But she was sick.

Cancer is not curable. It is treatable. Many people can “beat it” and it never comes back. But those people are lucky. They are the exception, not the rule.

Over the 19-months since she died, I have thought a lot about the vows we took. It was not easy, but I stuck by them as did many of the widows and widowers I have met in the time since I became one.

I took my vows seriously. Especially, the “in sickness and in health. Til death do us part” bit. All of us who have been widowed likely did the same.

For me, it is hard to remember times when she wasn’t sick–or at least had not already been sick. We used to joke about how all I wanted was to have a simple life, but wanted to drive a really nice car. Suzanne would always say, “Well, you always wanted to drive a Ferrari. You never realized you married one…”

Now, we face a global crisis that will result in many more people joining our “shitty club”… and it breaks my heart. This is one of those turning points in history when all that could have been done wasn’t; and those who could have acted sooner but stood idly by (until it was too late) will likely be judged harshly for ineffective or non-existent action.

Unfortunately, the fact remains: Many people are about to experience the “in sickness and in health” bit of their vows. Too many of those will end up finding out what the “til death do us part” means, too. And that is the larger tragedy.

None of us with a heart or any sense of empathy would wish this virus on anyone. I certainly would not.

But it continues to spread. So, there will be more people who become ill and die. And it is we who have been through this (and who know what happens on the other side) that can and will offer the sympathetic ear. We will sit. We will bear witness to others’ grief. We know what it is like.

While I hope the panic subsides and the doomsday predictions are wrong, I think we could be in for a very rough ride. 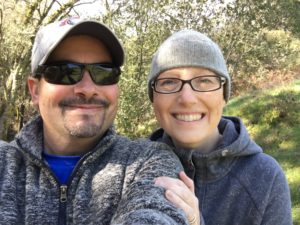